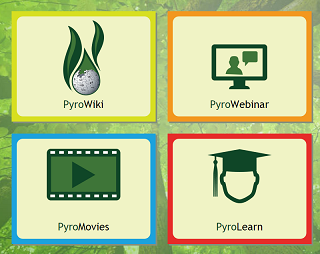 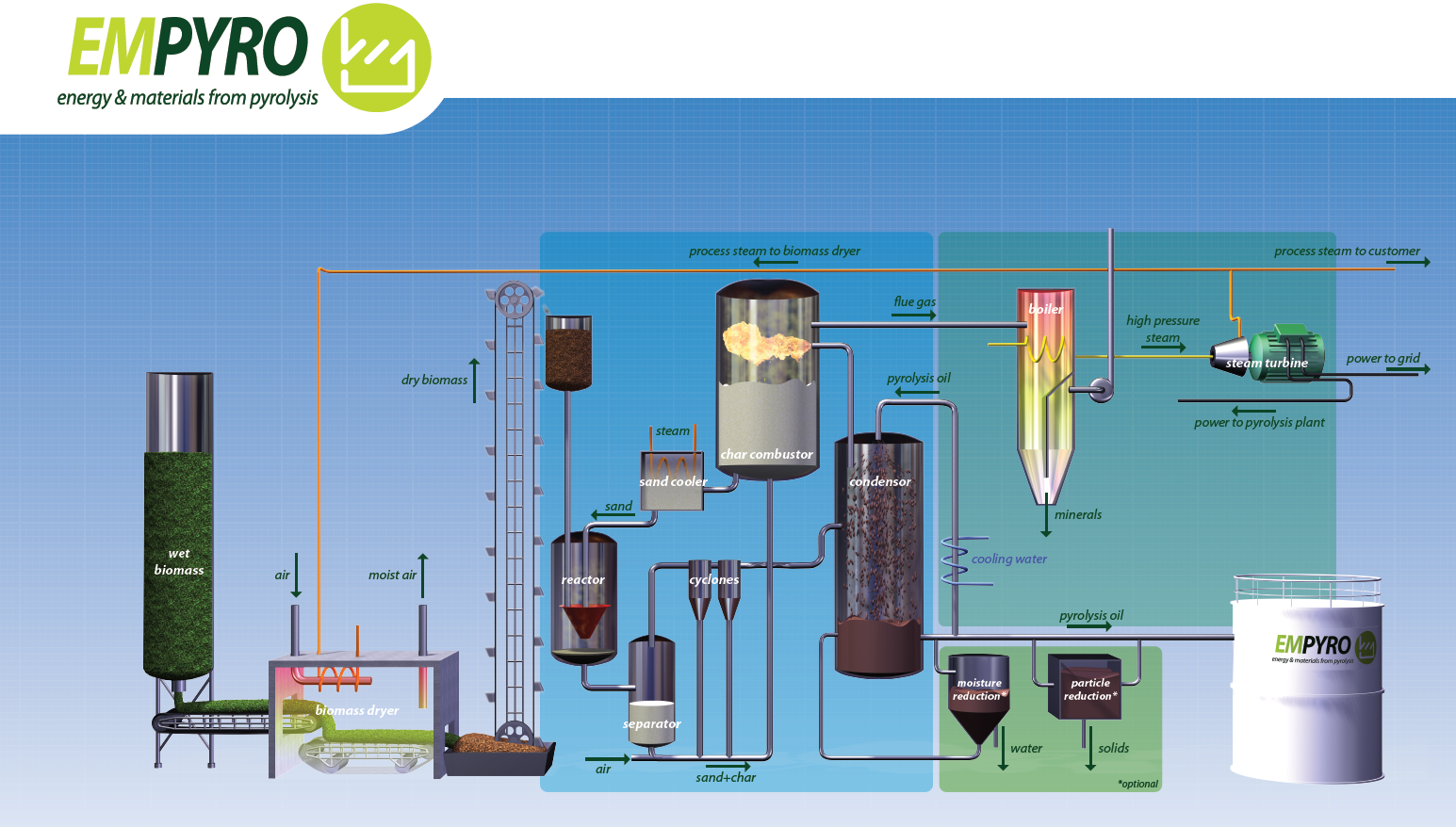 In January 2014 Empyro BV started construction of its pyrolysis oil production facility in Hengelo, the Netherlands. Start-up of the installation commenced in early 2015 and production has gradually increased since. The success of the Empyro project has served as the first leap towards full-scale fast pyrolysis technology commercialization. 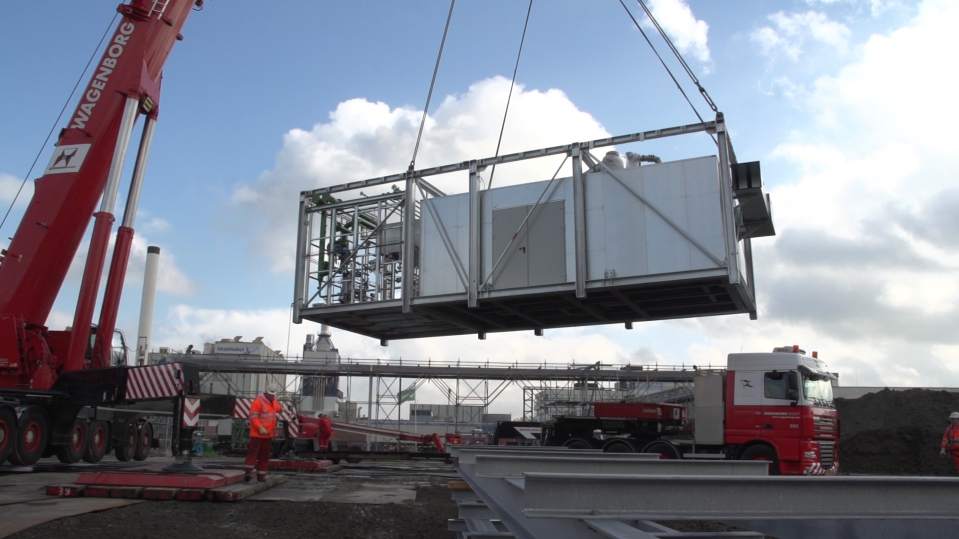 December 2018 it was announced Empyro will become part of Twence, which focuses on the recovery of raw materials and the production of renewable energy. They are happy to add this unique and succesful plant to their portfolio. Both parties will work together on optimizing this plant further and will build an installation for the pretreatment of roadside grass as a future feedstock. The unique fast pyrolysis technology will remain in the hands of BTG-BTL who will construct more of these plants all around the world together with TechnipFMC.

October 2017 it was announced in our newsletter that after a period of gradual improvements the Empyro plant has reached 100% of its nameplate capacity. Empyro passed the 20 million liter mark, making it the world leader in terms of pyrolysis oil production.

May 2015 We had an opening ceremony with national and international guests to celebrate the start of pyrolysis oil production in Hengelo!

December 2014 it was announced in our newsletter that the Empyro construction phase has been completed according to schedule. The newsletters can be accessed online through this link.

May 2014 Mr. Theo Rietkerk (Representative Economy, Energy and Innovation of the Province of Overijssel) has performed the ceremony that marks the start of construction activities on the site of the Empyro factory.

January 2014 Empyro announced it has reached financial close and construction has started. After previous financial commitments from the EU (FP7) and the Dutch government (TKI-BBE) the final step was made possible through equity investments by the province of overijssel (EFO) and a local investor.

March 2013 preparations for the start of construction of the Empyro plant entered their final stage with the contracting of Zeton, Stork and HoSt.
February 2012 Empyro B.V. organised a signing session and press conference. During this event essential permits, loans and letters of intent were handed over or signed.

Updates on the progress of the Empyro project and achieved milestones will be added to the news section of this website. An impression of the plant can be found in the project brochure below or in the downloads section.