This video describes how we developed our own biomass pyrolysis technology and worked at taking it to a commercial scale. [4 minutes]

This video is about how we built our biomass fast pyrolysis plant Empyro in just 8 days by using the modular building approach. [4 minutes]

Our pyrolysis process converts up to 70 wt.% of the biomass feedstock into bio-oil and the remaining part into char and gas. Since 1993, BTG has played an active role in numerous projects on fast pyrolysis. BTG's unique and patented pyrolysis technology is characterised by an intense mixing without the need for an inert carrier gas. BTG-BTL’s has taken BTG's patented RCR (Rotating Cone Reactor) fast pyrolysis technology and engineered it into a commercial industrial installation. The improved RCR design results in a remarkably small reactor, reduced system complexity and minimum down stream equipment size compared to competing pyrolysis technologies.

Our system ensures that the excess heat which is produced by the combustion of pyrolysis char and non-condensable gases is captured as high pressure steam so it can be utilized in a steam turbine system. Some steam is used for electric power generation and feedstock drying but the all the excess steam is sold to a nearby industrial site or district heating grid.

The main advantages for BTG-BTL’s technology in comparison to other pyrolysis technologies are:

The compact design of our modified rotating cone reactors make scaling-up straightforward to capacities larger than 5 t/h. Because of its simplicity of the rotating cone process, investment costs can be considerably lower in comparison to other pyrolysis technologies. CFB and fluid bed systems are more capital intensive, also because of the larger down-stream equipment, including ATEX and other safety issues.

BTL’s standard design includes recovery of excess heat in the form of steam which can be used for industrial or local heating applications and electricity production. In general more electricity can be produced than required for the total plant. Enough steam is produced to dry biomass with a moisture content of up to 55 wt.% (wet basis) down to the required level. Depending on local conditions energy efficiencies of 85 – 90% can be achieved (based on biomass in and oil, heat, electricity out).

Because of the feed flexibility (related to combustor operation), BTL’s technology can also handle biomasses with low ash melting temperatures such as palm derived EFB. BTL’s technology can process particles with a thickness of up to 3 mm. Fluid bed technologies may use similar sized particles, while CFB technology must use smaller ones, as residence times are limited.

Furthermore, due to a unique and patented cyclone designs used in BTL’s plant and our high sand-to-biomass ratios, the produced pyrolysis oil is stable and has a very low solids content.

A large number of different lignocellulosic feedstocks can be processed in the BTG-BTL pyrolysis process. Before entering the reactor, the particles will be reduced to a size below 3 x Y x Z mm to allow rapid conversion, and its moisture content to below 6-8 wt.% to avoid too much water to concentrate in the pyrolysis oil.

In the past years tests have been carried out with the BTG-BTL technology with over 45 different kinds of feedstock. For example wood, rice husk, bagasse, sludge, tobacco, energy crops, palm-oil residues, straw, olive stone residues, chicken manure and many more. The type of biomass/residue influences the pyrolysis oil yield and quality. Typically, woody biomass gives the highest yields. 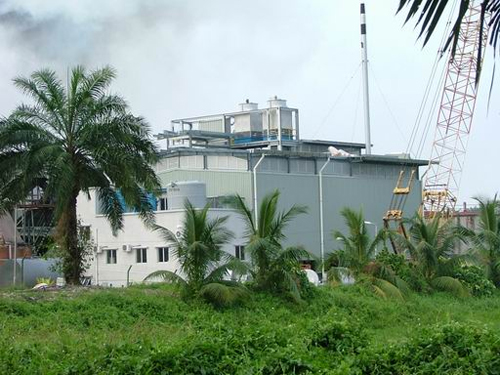 A 2 tonnes/hr fast pyrolysis plant has been designed, constructed and delivered to Malaysia. In the factory - located close to an existing palm mill - Empty Fruit Bunches (EFB) are converted into pyrolysis oil. Usually, the wet EFB (moisture ~ 65 wt. %) are combusted on-site yielding only ash which can be recycled to the plantations and heat. The palm-mill produces about 6 t/hr of this wet EFB. The EFB can be converted into pyrolysis oil using BTG’s fast pyrolysis technology. Prior to feeding it to the pyrolysis plant the EFB is further sized and dried. In a drier the moisture content is reduced down to about 5-10%. In this way, all the wet EFB from the palm is converted into approximately 1.2 t/hr pyrolysis oil.

In January 2014 Empyro BV has started construction of its pyrolysis oil production facility in Hengelo, the Netherlands. Start-up of the installation has commenced early 2015 and production is gradually being increased. The Empyro plant converts 5 tons per hour of wood residues into pyrolysis oil, process steam and electricity. For further details see our projects. 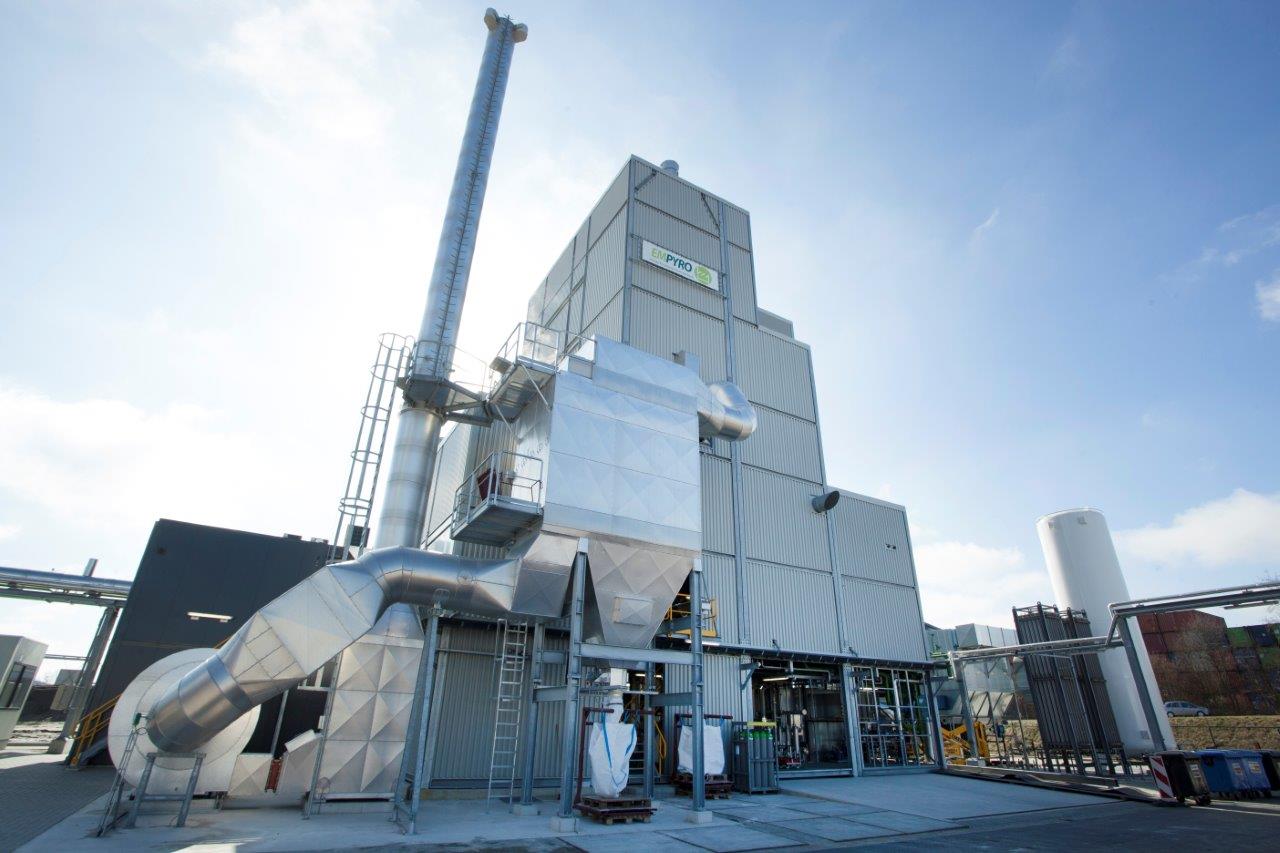 The Empyro plant in Hengelo, The Netherlands.
Back to top